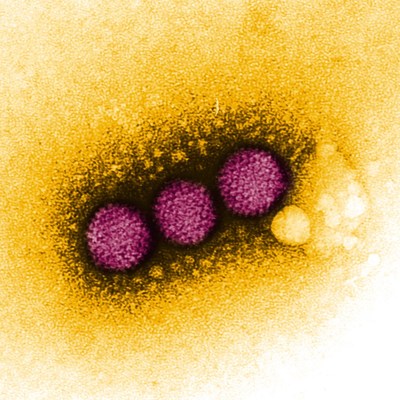 “The successful FDA and EMA inspections of our Carlsbad manufacturing facility mark an important milestone for Merck and our customers who are manufacturing exciting new treatments for cancer and many other diseases,” said Udit Batra, Member of the Merck Executive Board and CEO, Life Science. “As one of the first CMOs in the industry to complete pre-licensure inspections for this class of therapies, this achievement underscores our commitment to bring our customers one step closer to commercialization of novel therapies.”

These inspections will enable one of Merck’s key customers to launch its novel gene therapy in both the U.S. and in Europe, which is currently under review by both the FDA and EMA. The inspections were significant milestones in the approval process to obtain the licenses necessary to manufacture the gene therapy as a commercial product.

This key benchmark underscores Merck’s continued investment in viral and gene therapies from clinical to commercial scale. Merck has close to three decades of experience in gene therapy, and its Carlsbad site has been involved in the gene therapy area since 1997, near the time clinical trials for gene therapy began.

The Carlsbad facility provides contract development and manufacturing services that can contribute to a more efficient delivery of these lifesaving therapies to market. The business serves many leading developers of viral and gene therapy products globally.

Gene therapy involves the delivery of genetic material into patient cells to produce a therapeutic effect such as correction of a mutated gene or retargeting of an immune cell to fight cancer. Diseases such as hemophilia and cancer are being investigated using this technique where a single dose may cure the disease.

All Merck news releases are distributed by email at the same time they become available on the Merck website. Please go to www.merckgroup.com/subscribe to register online, change your selection or discontinue this service.

Merck is a leading science and technology company in healthcare, life science and performance materials. Around 50,000 employees work to further develop technologies that improve and enhance life – from biopharmaceutical therapies to treat cancer or multiple sclerosis, cutting-edge systems for scientific research and production, to liquid crystals for smartphones and LCD televisions. In 2016, Merck generated sales of €15 billion in 66 countries.

Founded in 1668, Merck is the world’s oldest pharmaceutical and chemical company. The founding family remains the majority owner of the publicly listed corporate group. Merck holds the global rights to the “Merck” name and brand. The only exceptions are the United States and Canada, where the company operates as EMD Serono, MilliporeSigma and EMD Performance Materials.