ANAHEIM, California, May 30, 2017 /PRNewswire/ — JPI, a leader in the development of Class A multi-family communities, has announced the closing of construction financing for Jefferson Stadium Park’s Phase II, consisting of 376 luxury apartment homes, including 12 live-work units. The community is located on a prime 17.6-acre site within the prestigious Platinum Triangle area in Anaheim, California – directly adjacent to Angel Stadium of Anaheim.  Jefferson Stadium Park, a master plan development, will consist of three phases, and will ultimately result in the construction of 1,079 luxury apartment homes, a 1.1-acre public park, as well as 14,600 square feet of community-oriented retail space. 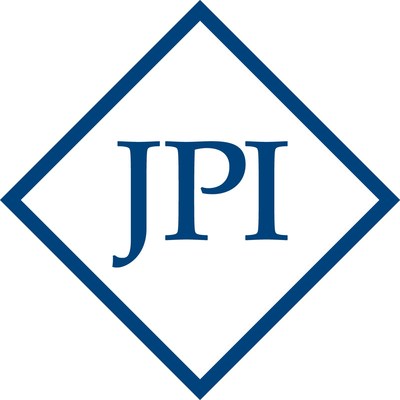 The Jefferson Stadium Park Phase II finance closing, which represents a total Phase II investment of $132 million, follows the announcement of the development’s Phase I finance closing, with an investment of $128 million.  Jefferson Stadium Park Phase II construction financing is provided by East West Bank, based in Pasadena, California, with a focus on both US and Greater China markets, as well as  First Community Bank, based in Santa Rosa, CA including 9 branches located in the San Francisco Bay Area.

“JPI’s investment in Anaheim’s Platinum Triangle affirms our confidence in the City’s leadership to make Platinum Triangle a new downtown for Southern California’s Orange County,” said Todd Bowden, JPI’s Western Region Senior Vice President and Managing Development Partner.  JPI currently has four projects in various stages of development within Platinum Triangle, with a total anticipated value upon completion of over $675 million. “The City’s vision for this area, and investment in the infrastructure, has created an environment that encourages private, multi-use development, and is an effort worthy of investment for the long term,” said Bowden.

In June, 2016, JPI received unanimous approval for the project from the Mayor and City Council. In September 2016, it was announced that JPI had partnered with Grand China Fund, a Beijing-based private equity real estate fund, in a Joint Venture to develop both Phase I and II of Jefferson Stadium Park.  Laurie Mathers, the U.S. based Head of Acquisitions for Grand China Fund, commented that: “On behalf of our investors, we would like to thank JPI for leading our joint venture through another critical stage of the construction process. Securing financing for such a major development is a significant milestone and we look forward to delivering quality housing for Anaheim’s current and future residents.”

Gus Villalba, Managing Regional Partner of JPI’s Western Division, said: “The closing of both Phase I and Phase II financing, coupled with the investments from our Chinese partners, gives us great confidence in Platinum Triangle, and the ability to continue to attract investors from the global market.”

Jefferson Stadium Park Phase II rendering can be found on the following link:

About JPI’s Western Region Division
JPI’s Western Region is based in San Diego, California, and has developed communities throughout California totaling over 6,200 units. Additionally, the Western Division has two developments under construction in Arizona: Jefferson Town Lake – a $57 million project, and Jefferson Chandler, also a $57 million project.  JPI’s Western Division also anticipates closing into financing and commencing construction on at least $660 million of new multifamily developments in 2017 and 2018, comprising over 1,730 luxury apartment homes.

About JPI
JPI is a national developer, builder and investment manager of Class A multifamily assets in select U.S. markets; headquartered in Texas, with offices in California, Arizona and New York. With a 30-year history of successful developments throughout major U.S. markets and an unparalleled depth of industry-specific experience, JPI stands among the most active privately held real estate companies in the country. JPI’s executive leadership team has an average of 25 years of comprehensive experience in multifamily developments – ranging from low-density garden apartments, mid-to-high-density wrap and podium projects, student living housing projects, and mixed-use high rise developments. The firm offers investment management, pre-development, underwriting, marketing and asset management services, as well as construction, financial and administrative services. The start of Jefferson Stadium Park, Phase I and Phase II, represents JPI’s fifteenth investment with Chinese capital in projects that total over $1.5 billion in the last three year. To learn more about JPI, please visit: www.JPI.com.

About Grand China Fund
Established in 2010, Grand China Fund is a real estate private equity fund manager with approximately RMB 16 billion and USD $1.5 billion of assets under management. The firm invests both within and outside of China on behalf of ultra-high net worth individuals and leading financial institutions. In the U.S., the firm has acquired/provided equity financing for the construction of approximately 6,000 residential units in eight cities. To learn more about Grand China Fund, please visit: www.gcfoverseas.com.