Mr. Jerry D. Guess, Chairman of the Board of Directors

Ms. D. Michelle Stewart, Deputy Chairman of the Board of Directors

Mr. James R. Jackson, Vice-Chairman of the Board of Directors

Mr. Mitchell M. Cohen, Lead Director of the Board of Directors 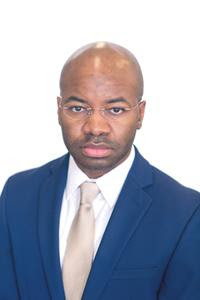 Jerry D. Guess, Founder & Chairman of the Board of Directors

Mr. Guess has been a serial entrepreneur since the age of 13 years old. A strategist and visionary, Mr. Guess is committed to leveraging his experience of over 20 years to improve the lives of others. He partnered with others to launch Guess & Co. Corporation as a company focused on providing solutions to problems in communities throughout the U.S. and abroad. As someone who has had personal and business setbacks, Mr. Guess is a resilient leader who brings intestinal fortitude to the table for his team and the company’s clients. Mr. Guess has completed Business coursework at Adams State University. He is currently enrolled at Purdue University Global where he is pursuing a degree in Finance. His business experience spans many areas including start-ups, finance, mergers, acquisitions, turnaround, restructuring, bankruptcy, reorganization, business development, strategic planning, marketing, public relations and community development. He successfully launched a for-profit social enterprise as senior deputy chairman and president. He also served as chairman and president of a midwestern general contractor. Mr. Guess has made contributions to the community over the years. He served two terms as voting member of the Forsyth County Juvenile Crime Prevention Council in Winston-Salem, North Carolina where he reviewed and approved grant proposals for at risk-youth. He was also a candidate for the Charlotte-Mecklenburg School Board following the resignation of a member. Mr. Guess was appointed chairman of the board of directors of Guess & Co. Corporation in January of 2019. Prior to that appointment, Mr. Guess was principal and responsible for strategy and development. As chairman of Guess & Co. Corporation, Mr. Guess has provided leadership to the Board that has encouraged contributions from all members in guiding the company’s future. 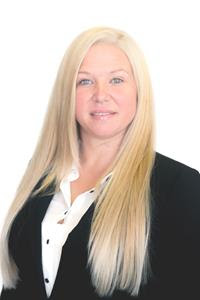 D. Michelle Stewart, Deputy Chairman of the Board of Directors

Ms. Stewart joined the company as interim executive vice-president and managing director in 2017. She was then appointed interim executive vice-president and chief corporate officer. Ms. Stewart was the initial architect of the company’s strategy during its start-up phase. She was in charge of analyzing market and expansion opportunities. In late 2017 she became president of the company. Following a brief retirement, Ms. Stewart returned to Guess & Co. Corporation in February of 2019 to assume her role as deputy chairman. Ms. Stewart has two decades of business experience. She began her career as a real estate investor. She has handled $500 million in transactions over the years. Ms. Stewart has completed coursework in Organizational Leadership at Colorado State University Global. Prior to joining Guess & Co. Corporation, she was a partner in a commercial finance company for small businesses. As deputy chairman of the board of directors, Ms. Stewart works closely with the chairman to oversee the board.  Ms. Stewart is a member of the executive committee of the board of directors. 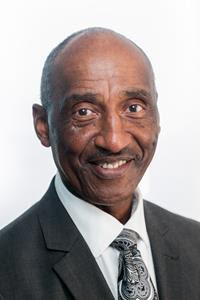 James R. Jackson, Vice-Chairman of the Board of Directors 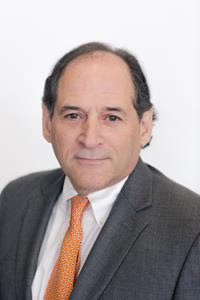 Mitchell M. Cohen, Lead Director of the Board of Directors

Mr. Cohen is a seasoned executive and corporate director. Mr. Cohen is chief executive officer at Pursuit Management LLC. He served as chief financial officer of Athenian Venture Partners. He has more than 30 years of financial, operations and general business experience as a senior executive at several public and private companies. Prior to Athenian, Mr. Cohen completed an engagement as the interim financial executive of a publicly traded asset manager. He also spent nearly five years as the CFO and secretary of Asta Funding, Inc. Mr. Cohen has also spent over seven years in public accounting with a heavy emphasis on financial audits of hedge funds and mergers and acquisitions engagements. Mr. Cohen has experience raising money in intricate PIPE transactions, reverse mergers, public offerings, and private company financings. Mr. Cohen served as the chief financial officer, executive vice-president and secretary of Ramp Corp. from November 2003 to September 2004 and served as its principal accounting officer since November 2003. Mr. Cohen joined Ramp Corp. (Formerly Medix Resources Inc.) in November 2003. From June 2002 to October 2003, he was a financial and business consultant to three public companies. From November 1998 to May 2002, he served as chief financial officer of Siebert Financial Corp. and served as its executive vice-president. The public companies included Siebert Financial Corporation, Everything’s Jake and Ehrlich Bober Financial Corporation. Mr. Cohen has taught continuing professional education classes for accountants with a focus on Securities and Exchange Commission matters and has taught continuing education classes at Hofstra University. He has also been a featured speaker at investment and industry conferences. He served as the chief financial officer of two other publicly traded companies. Mr. Cohen graduated from Queens College with a B.A. in Accounting and with a minor in Economics. As lead director, Mr. Cohen has an important oversight role for the company’s board to ensure that the company adheres to high standards of governance. He is a member of the nominating and governance committee of the board of directors. Mr. Cohen is chairman of the audit committee of the board of directors. 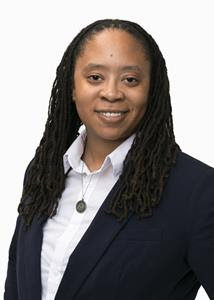 Ms. Smith is a public sector professional. Ms. Smith served as initial and interim lead director of Guess & Co. Corporation at the company’s launch in 2017. Prior to Guess & Co. Corporation, Ms. Smith was lead director for a multi-million dollar diversified private holding company following her tenure as vice-chairman and secretary. Ms. Smith is an experienced business and cyber security professional with over a decade of experience. She completed studies at University of North Carolina at Charlotte before studying Network Security at ECPI College of Technology. Ms. Smith earned a Cyber Security Degree from Strayer University. She has held several technology management positions including serving as deputy director of Technology for the 2013 Presidential Inaugural Committee. Most recently, Ms. Smith has been an electronic discovery and forensics analyst for the U.S. government. Ms. Smith holds an active Top-Secret/SCI Clearance. She is a member of the audit and nominating and governance committees of the Guess & Co. Corporation Board of Directors. Ms. Smith was re-appointed to the board of directors in March of 2019. 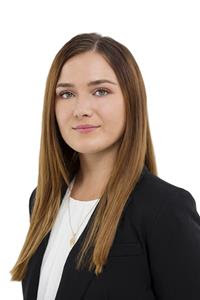 Ms. Anderson is an experienced business professional. Ms. Anderson is currently deputy chairman, president and CEO of The Guess Corporation Holding Co., Inc. (TGC), a for-profit social enterprise company that operates businesses that provide second chance employment opportunities.  She is also chairman and president of The Guess Construction Company, Ltd. which is a full-service general contractor. Prior to her business career, she was a performing music artist and model. She also owns an independent record label. Ms. Anderson worked for Guess & Co. Corporation as vice-president, assistant secretary, and assistant treasurer in 2018. She has a keen understanding of the company’s operations. She was appointed to the board of directors in August of 2020. Ms. Anderson is a member of the nominating and governance committee and compensation committee of the Guess & Co. Corporation Board of Directors. Mr. Baldacci is a seasoned business executive with a wealth of experience. Mr. Baldacci previously served as senior executive vice-president, chief corporate officer and group president of operations for the company. Mr. Baldacci served as president and chief marketing officer of The Washington Redskins, a professional team in the National Football League. In that role, he was responsible for reviving a legendary brand and he succeeded in making it one of the most valuable franchises in the league. He was an equity partner and chief marketing officer for Snyder Communications, an advertising firm, where he helped successfully grow the company from $4 million in annual revenue to over $1.4 billion, and facilitated the firm’s eventual sale. As founder and CEO of Baldacci Communications/BC Worldwide, Mr. Baldacci provided consulting, marketing and post-merger integration management to many clients including AMTRAK, GEICO, Apogen Technologies and Virginia Tourism. Mr. Baldacci earned a Bachelor’s degree in Political Science and a Bachelor’s degree in English Literature from Hartwick College and participated in graduate studies at Georgetown University.  Mr. Baldacci was appointed to the Board of Directors in September of 2020.  He is a member of the executive committee, nominating and governance committee and compensation committee of the board of directors.

Photos accompanying this announcement are available at: